Xamarin Azure Mobile App iOS Android
Back to all projects

Xamarin Azure Mobile App iOS Android
Back to all projects

MigraineX is a Xamarin.Forms mobile app available on both iOS and Android app stores. The app uses weather data to predict when barometric pressure changes will trigger migraines for the user. The back end is on Azure using scheduled jobs to pull in weather data, ASP.NET MVC to serve requests from the app, and Notification Hub for notifications. 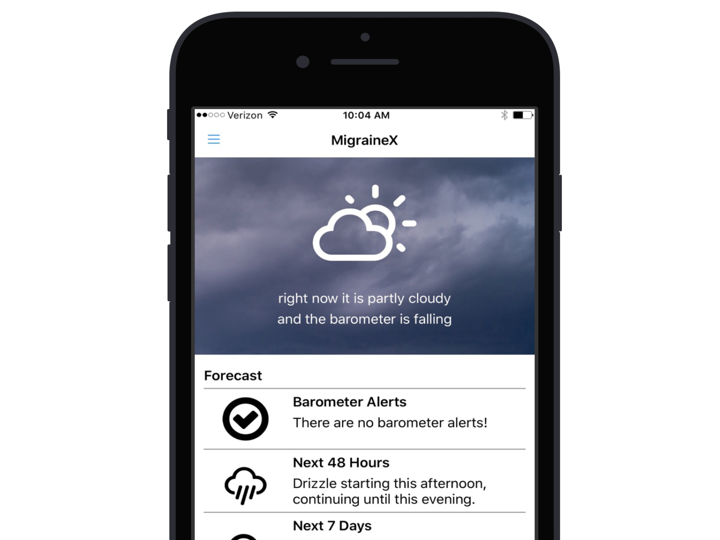 This was a really fun app with, I think, a great story! My wife came up with the idea and I originally wrote it as a evenings / weekends hobby project. Shortly before launching it I created a one page “coming soon” site. As I was finishing the final touches in the app I received an email from Cirrus Healthcare, who had discovered the landing page, and wanted to purchase the app outright. Of course I said “yes!”

Cirrus had developed a medical device that paired well with the app. We made some changes to the app’s branding and added a RiteAid store locator.

At the same time there were a few other apps that were also being developed to help track migraine triggers, although ours was the only one proactively alerting the user without them having to record anything manually. The Wall Street Journal interviewed me and a few other app developers and published a story on these apps. 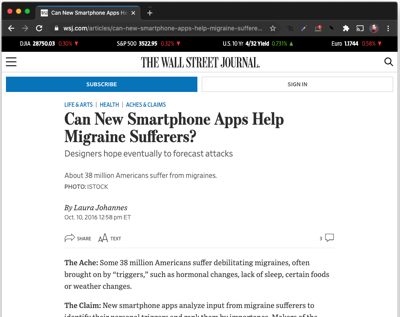 Cirrus and I hold US Patent 10,064,758 for the combination of a medical device working together with a computer program and weather data to prevent medical symptoms. 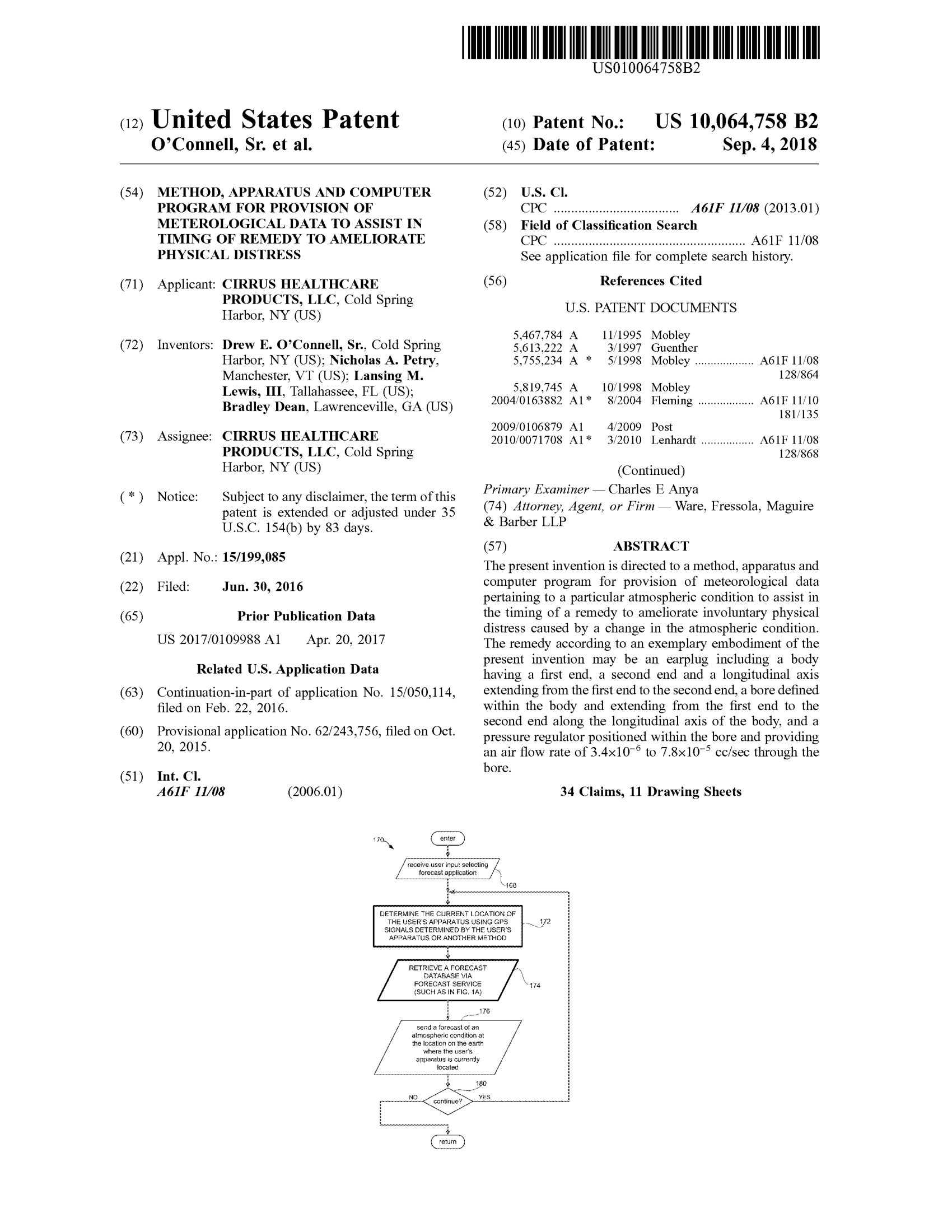 With the money from selling the app I was able to buy my dream car. A 1967 Porsche 912. As a nod to Microsoft and Xamarin for making it all possible I had a metal fabricator create a Xamarin grill badge. 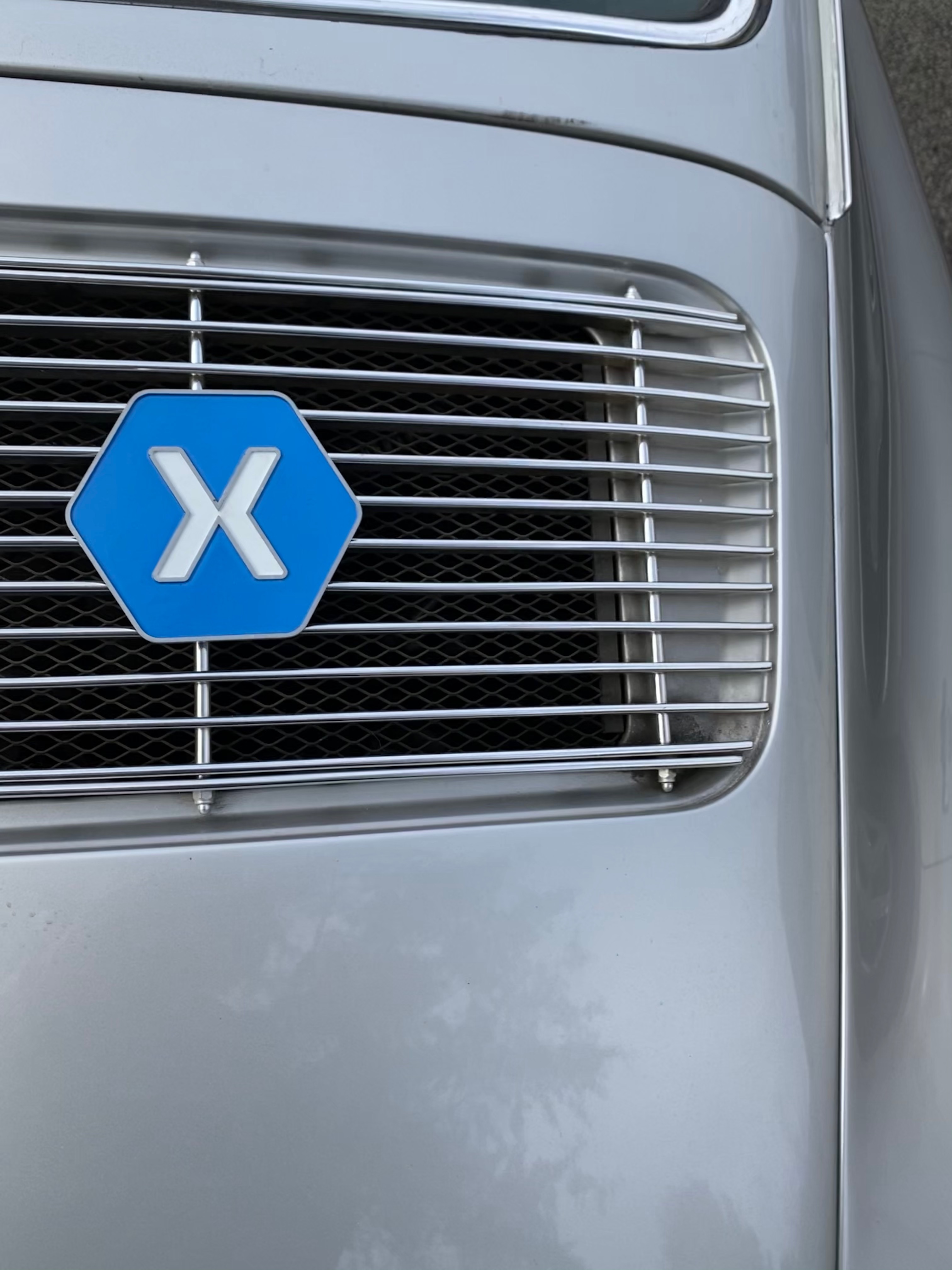 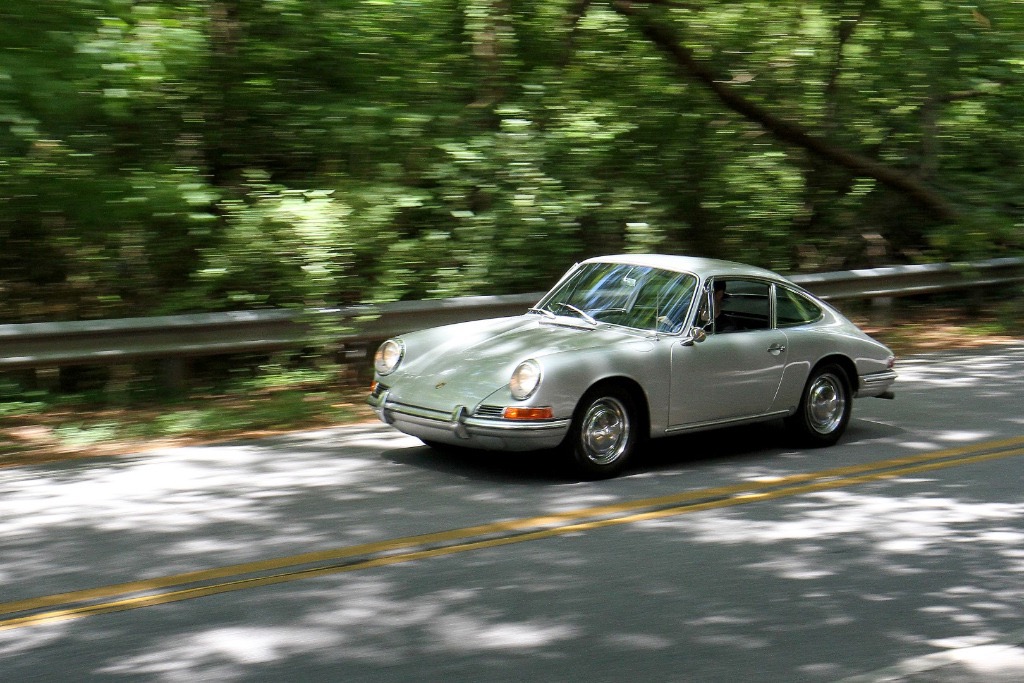